National characteristic: The Marodi regard themselves as hardy and independent-minded but loyal.  They are regarded by other nations, especially the Jaryari, as romantic barbarians.

History: Marod was formed out of the three smaller kingdoms of Arbeth, Rachonda and Qarath in the central northern section of Ragaris.  Following the War of Three Kingdoms (381-393), the three were unified by King Tristar, who also founded the King’s Thirty (see below).  Marod has fought for its independence against Ricossa in the east and Jaryar in the south, and sea-borne raiders from Baronda (The War from the Sea, 563).  In 510, the tyranny of Queen Arrabetta led to the War of the Royal Siblings, and her replacement by her brother King Lukor II. 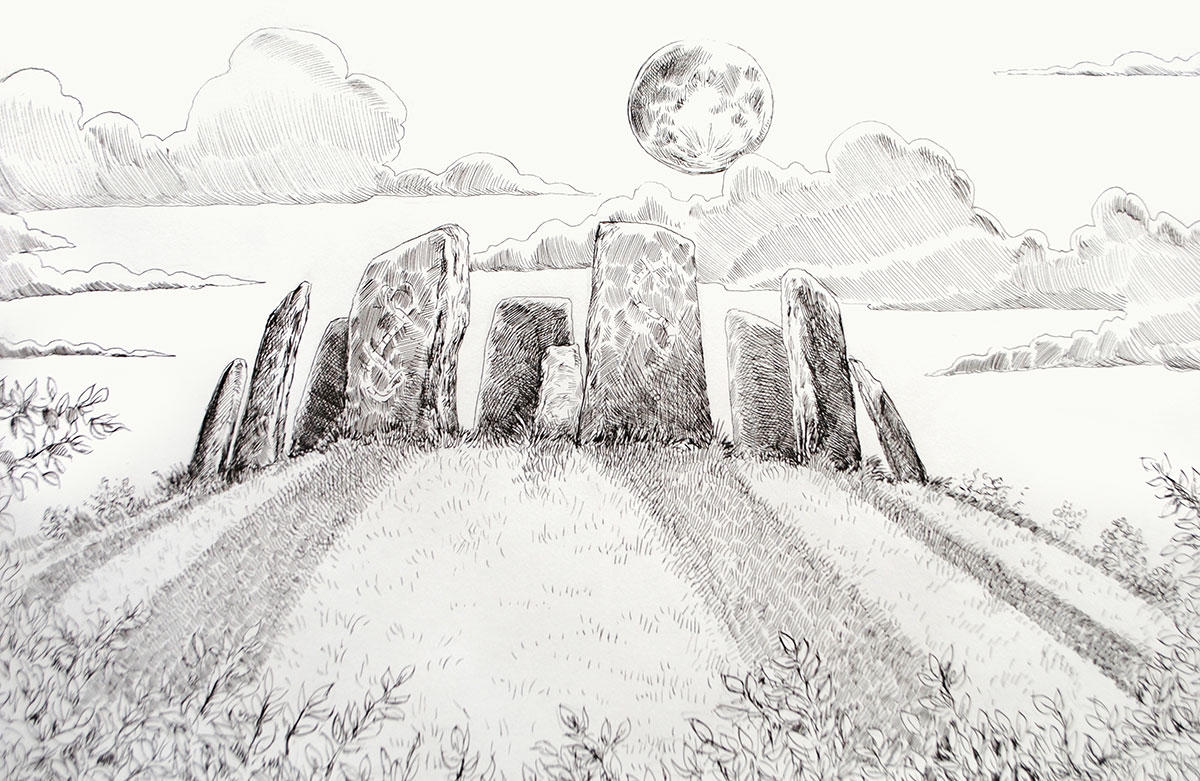 The King’s Thirty: The King’s, or if appropriate Queen’s, Thirty is made up of men and women chosen for their loyalty and fighting skills to become honorary siblings to each other and to the monarch.  They swear a lifelong oath, take the name Kingsbrother or Kingsister, and become magistrates, investigators, royal bodyguards and warriors.  They are also the monarch’s link to the people.  Their code is We do not kill children, we do not commit rape, we do not take pleasure in torment.

The Thirty are divided into five groups of six, to serve different regions of the country – the Southern, Northern, Eastern, and Western Six, and the City Six to serve Stonehill.

The Old Stones: The origin of the Old Stones, a circle of carved stones standing on a hill near the southern border with Jaryar on the edge of the Jattaman Mountains, is unknown.  The legend has grown up that anyone seeking death  will find it here (“The Place to Die”).  It is not clear why this practice is tacitly condoned by the Church.