National characteristics: The Ricossans are known for polite manners, secrecy, strict religious practice, and an even stricter justice system, regarded as barbaric by others.  They normally dispute leadership of the continent with Jaryar.

History: Ricossa suffered greatly from the civil War of the Throne between 568-575, which may explain its lack of involvement in the turmoil following the Ferrodach massacre. The Ten Great Families who rule Ricossa eventually made peace by agreeing the New Governance (see below). At the time of the Council of Vach-roysh (to which Ricossa sent an observer) the dual monarchs were King Aigith and King Garadyish.

At the time when “The Servant’s Voice” begins, in June 642, they were King Aigith (Evening King) and Queen Zinial (Morning Queen.) 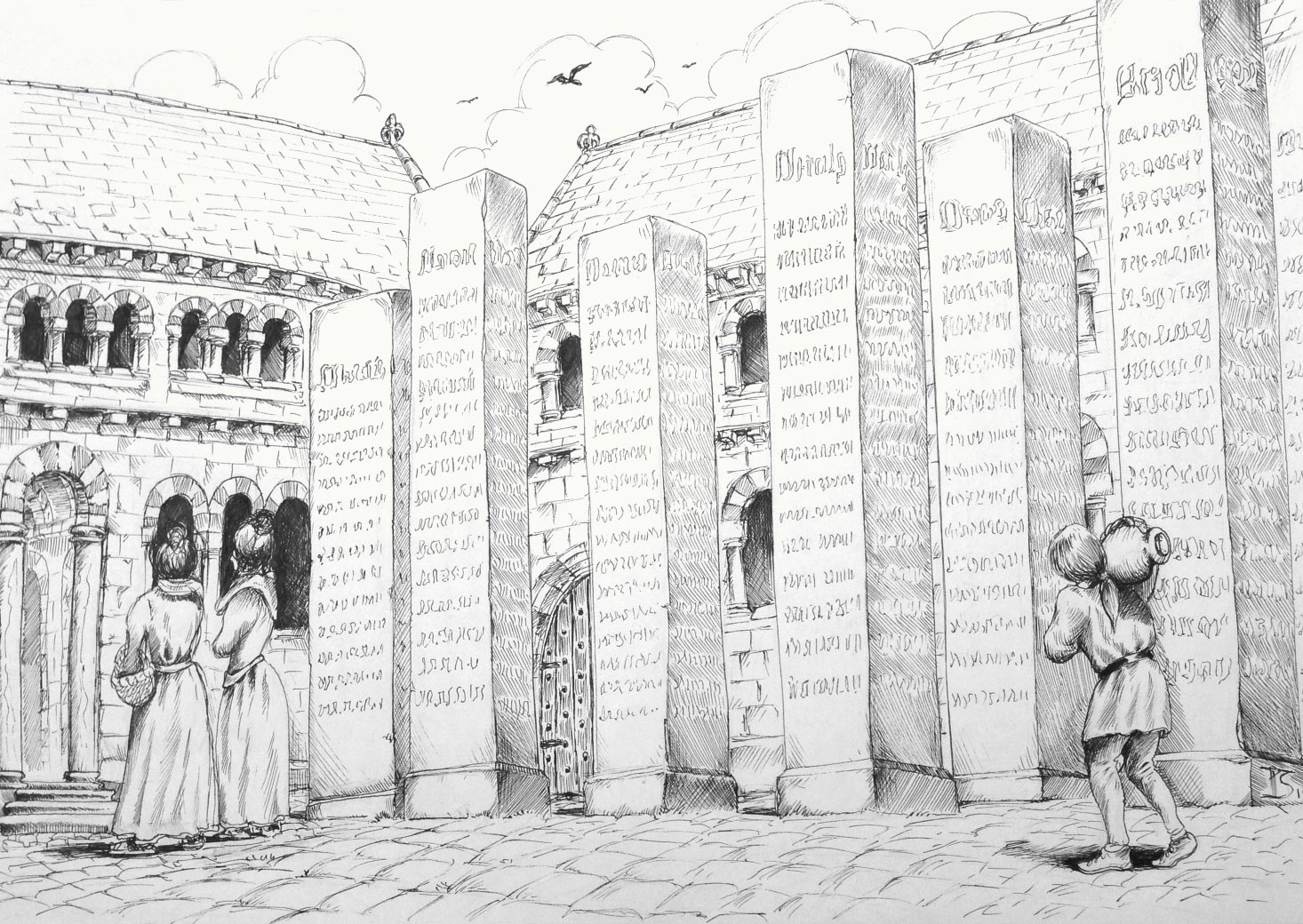 Great College. The College is situated in the town of Sapientia, about thirty miles south-west of the Lake from City Qayn. Students attend lectures and practicals by Doctors in various Schools. The primary course is two years in length and covers an assortment of subjects – from music and theology to geology. The full seven year course is for those wishing to teach, or to follow careers in law or medicine. All students are trained in fighting. Study is not free, and the few commoners at the College usually work as servants (servitors) while studying. Discipline is strict.